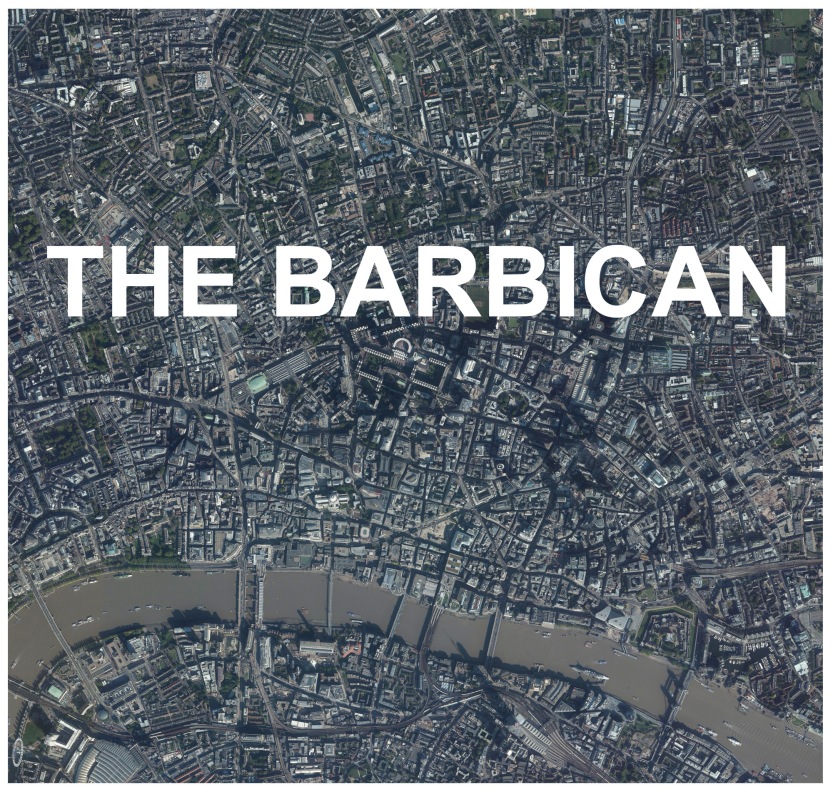 The Barbican was an extraordinarily ambitious exercise in place-making and architecture; it created an emphatically bold, new place within the urban fabric of London.

All photographs (excluding aerial images) are courtesy of, and copyright, Rory Gardiner.

One afternoon I alighted from the Tube at Barbican Station for the first time. I walked outside to the City of London; typically busy and hectic – a place of noise and chaos.  Opposite, Beech Street was consumed by a long dark gloomy tunnel.  I left the street and walked beneath an elegantly sculpted and heroic concrete tower.  I climbed a stair and emerged on an expansive elevated platform – an aerial plaza with so much space (and trees!).  I was suddenly removed from the noise and pollution of the streets below; within just a few seconds I had arrived in a different place altogether.

That day, simply by climbing one stair, I felt as if I had been evacuated (figuratively and literally) from a city I thought I understood.

The Barbican occupies a 35 acre (14.2 hectare) site in the heart of London – almost all of which was cleared by a bombing raid in 1940. The origin of the project was, in some respects, political – the residential population had fallen dramatically as this part of London became increasingly dominated by commercial buildings.  Introducing new housing would boost the population, providing an adequate electorate to retain parliamentary representation1.  The architectural partnership of Peter Chamberlin, Geoffry Powell, and Christof Bon had existed just three years when they started work on the project in 1955.  The strength of their ideas, and the confidence in the way those ideas were fulfilled is amazing for architects so young.

The economic viability of the project required density in residential accommodation, but this density is offset against (and complemented by) expansive open space – landscaped plazas which create amenity for residents and visitors, which is unusual in this part of London. In addition to that shared external space, the project provides elevated private gardens, parking, shopping, and a world-class cultural institution.  In this manner, by blending different uses and users, the Barbican becomes a microcosm of a city.

The architecture is rich and complex – the buildings are arranged in a variety of formats, from low-lying terraces and townhouses, to the three 43-storey towers which dominate the skyline and give the project a broader urban presence. All of these buildings are linked by pedestrian circulation that helps to give the development an overall coherence.  The separation of pedestrian and vehicle traffic was inspired by Venice, a model admired by the architects as “the best best example of a city where foot and service traffic is completely segregated”, they noted that since this “has worked admirably for many centuries and there is no good reason why the principle should not be applied equally effectively in the City of London”2. It’s this gesture which creates so clearly that sense of articulation from the bustle of the city.

The various buildings are unified by a shared façade treatment, which is characteristic of the Brutalist movement. The surfaces are predominantly exposed concrete, roughly textured in a bush-hammered finish. This gives a rough, coarse appearance which comes to life when caught by the sun. There is an undeniable sense of ‘power’ in the muscular richness of the architecture.

The towers are given a flourish by the distinctive curved edges on the corner balconies. These were conceived to reduce the wind-load on the structure, but have become one of the most celebrated architectural details in the scheme. The depth and solidity of these balconies, according to the architects, would enable residents to inhabit those spaces who “might otherwise dislike the impression of living on the edge of a cliff”3.

As in the best examples of Brutalist architecture (see also the study on the National Theatre) the self-evident confidence of the architecture is enhanced by a diligent understanding of the heritage and urban context of the place. In the Barbican the architects worked around the St Giles Church, one of the few buildings to survive the bombing.  The church (started 1394) sits comfortably around the concrete of the Barbican buildings – the beauty of the whole being heightened by the difference between those parts.

The Barbican is a utopian vision which transcends our normal expectations and comprehension of the city. It removes us from one urban condition and makes a whole new place; something different.  It’s an endeavour of breath-taking ambition – a wonderful experiment in urbanism; in city-making and place-making.

Author’s Note: I’d like to thank Rory Gardiner, who kindly provided the photographs for this piece.  Rory’s site is full of beautiful, sensitive images of wonderful buildings, http://www.rory-gardiner.com

10 thoughts on “The Barbican”

This is a text widget, which allows you to add text or HTML to your sidebar. You can use them to display text, links, images, HTML, or a combination of these. Edit them in the Widget section of the Customizer.
%d bloggers like this: